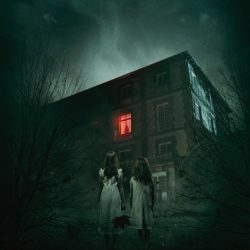 “The Influence”, opera prima of film director Denis Rovira premieres on June 21 in Spain. It is produced by Nadie Es Perfecto and Recording Movies with the participation of RTVE. David Ciurana is co-producer of the film for Recording Movies. Sony Pictures distributes the film in Spain.  The influence is an adaptation of Ramsey Campbell’s novel. Starring Read more about ‘The Influence’ opens the 21th of June in Spain[…]