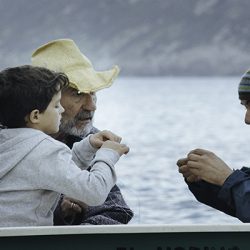 Pau Durà, with a long career as an actor with dozens of films and television series, debuted in the direction with the feature film Formentera Lady, which after Malaga Film Festival will premiere in theatres on June 29. The dramatic comedy written and directed by Durà tells the story of an old musician whose hippie Read more about Now Available The Trailer Of ‘Formentera Lady’[…]