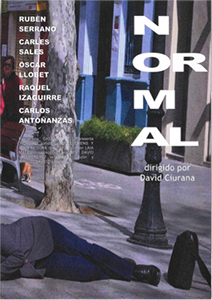 “Q. walks through the streets of the city. Suddenly, he stops and laying down on the ground. People look at him, a girl is about to trip over him, a man comes to see what’s wrong, but Q tells them he’s okay. More people are staring around Q. A young person who is angry about Q’s attitude asks why he is lying on the floor and bothering and Q tells him that he just wanted to rest for a while. This answer do not like to people because it is not normal to lay down on the street and they want him to get up.”